Free from the fear of death, the Head of the Demon painted the shores of the far east with the blood of anybody who stood in their way. They grow in size, power, wealth, spread across Asia and finally give themselves a name. Jamieat Alzzilal, it means the League of Shadows.- Stick to Batman

The League of Shadows (جامعة الظلال Jamieat Alzzilal) is an ancient order of ninjas and assassins lead by the Head of the Demon, Rā's al Ghūl, who, in his everlasting quest for immortality by the Lazarus Pit sought to secure and save the world from the evil that plagued it; criminals, the wicked and the corrupt. Seeking to clean the world from this evil by annihilating it, the League of Shadows spread through the world with the focus on destroying them and formulating plans of mass destruction, which put they at odds with Batman when they found the place in which crime reigned at it's worst; Gotham City. They are mortal enemies of the Chaste, a similar organization created with the sole purpose of foiling the League's plans. 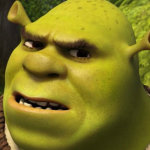