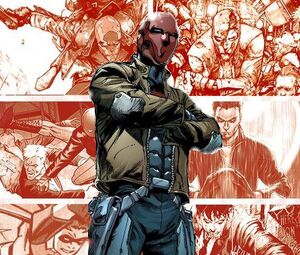 Bask in the Glory.

"If you wear a mask too long: you may forget who you were beneath it."

"It's not who I am underneath, but what I do that defines me."

"I am a lot of things; an agnostic, an atheist, which most people stopped listening there back on Earth, but I was more; I am an ignostic, a verificationist, an empiricist, sometimes an absurdist, and most importantly a humanist. No one cared what I was; they cared about what I wasn't." William Lawton

To all the people who didn't ask me about myself: I will clarify that I am William Byron Lawton, Junior, the Bird of Prey Knight Owl. I take pride in being as neutral and least dramatic as possible on this wiki when it comes to my duties as an admin and as a user. As a writer, I strive to be as cinematic as possible because I'd rather be able to make my ideas into multi-million dollar budget movies rather than have to write them down.

I chose the name RoninTheMasterless for several reasons: one of which is that my first character was the Ronin XIII, I love Japanese history (as well as history in general), and I am masterless; this does not mean I'm better than everyone and/or have nothing to learn; it simply means I am alone, and that nobody is above anybody to me.

I generally like everyone on this wiki, and even if I don't like you: 1) You most likely won't know. 2) I'll still be willing to discuss wiki or narrative matters with you. I'm not too petty, but I don't forget when you do something wrong or right. 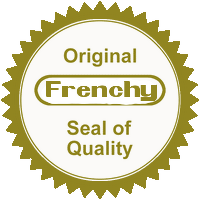 Favorite Things Made By Other Users

Wonder Woman: "You were offered amnesty, Deathstroke; you should have taken it."

Deathstroke: "And miss my chance to battle Superman's rebound girl?"

Deathstroke: "An obsolete race with predictable techniques; give me a real challenge; surprise me."

"I will not hear talk of freedom. I will not hear talk of individual liberty. They are luxuries. I do not believe in luxuries. The war put paid to luxury. The war put paid to freedom. The only freedom left to my people is the freedom to starve. The freedom to die, the freedom to live in a world of chaos. Should I allow them that freedom? I think not. I think not. Do I deserve for myself the freedom I deny to others? I do not. I sit here within my cage and I am but a servant. I, who am master of all that I see I see desolation. I see ashes. I have so very much. I have so very little. I am not loved, I know that. Not in soul or body. I have never known the soft whisper of endearment. Never known the peace that lies between the thighs of a woman. But I am respected. I am feared. And that will sufﬁce. Because I love. I, who am not loved in return. I have a love that is far deeper than the empty gasps and convulsions of brutish coupling. Shall I speak of her? Shall I speak of my bride? She has no eyes to ﬂirt or promise. But she sees all. Sees and understands with a wisdom that is Godlike in its scale. I stand at the gates of her intellect and I am blinded by the light within. How stupid I must seem to her. How childlike and uncomprehending. Her soul is clean, untainted by the snares and ambiguities of emotion. She does not hate. She does not yearn. She is untouched by joy or sorrow. I worship her though I am not worthy. I cherish the purity of her disdain. She does not respect me. She does not fear me. She does not love me. They think she is hard and cold, those who do not know her. They think she is lifeless and without passion. They do not know her. She has not touched them. She touches me, and I am touched by God, by Destiny. The whole of existence courses through her. I worship her. I am her slave. No freedom ever was so sweet. My love, I would stay with you forever, would spend my life within you. I would wait upon your every utterance and never ask the merest splinter of affection. Fate… Fate… I love you." - Adam Susan

"Atheism is a religion like abstinence is a sex position." - Bill Maher

“Did you mention the rules? Now, listen. Bit of advice. Tell me the truth if you think you know it, lay down the law, if you’re feeling brave. But, Daleks, never, ever tell me the rules!!" - The Eleventh Doctor (Matt Smith)

"Being deeply loved by someone gives you strength, while loving someone deeply gives you courage."- Lao Tzu

"Everything has beauty, but not everyone sees it." - Confucius

"To say that man is a compound of strength and weakness, light and darkness, smallness and greatness, is not to indict him, it is to define him." - Denis Diderot

"We are constantly railing against the passions; we ascribe to them all of man’s afflictions, and we forget that they are also the source of all his pleasures … But what provokes me is that only their adverse side is considered … and yet only passions, and great passions, can raise the soul to great things. Without them there is no sublimity, either in morals or in creativity. Art returns to infancy, and virtue becomes small-minded." - Denis Diderot

"To attempt the destruction of our passions is the height of folly. What a noble aim is that of the zealot who tortures himself like a madman in order to desire nothing, love nothing, feel nothing, and who, if he succeeded, would end up a complete monster!" - Denis Diderot "

A thing is not proved just because no one has ever questioned it. What has never been gone into impartially has never been properly gone into. Hence skepticism is the first step toward truth. It must be applied generally, because it is the touchstone." - Denis Diderot

"People who think they know everything are a great annoyance to those of us who do." - Isaac Asimov

"Power acquired by violence is only a usurpation, and lasts only as long as the force of him who commands prevails over that of those who obey" - Denis Diderot

"If religion were true, its followers would not try to bludgeon their young into an artificial conformity; but would merely insist on their unbending quest for truth, irrespective of artificial backgrounds or practical consequences. " - H.P. Lovecraft

"Bunch together a group of people deliberately chosen for strong religious feelings, and you have a practical guarantee of dark morbidities expressed in crime, perversion, and insanity." - H.P. Lovecraft

"Being born does not give you the fundamental right to make decisions of weight, humanity will only advance with our best and brightest where they belong."

"Those who expect to reap the blessings of freedom must, like men, undergo the fatigue of supporting it." - Thomas Paine

"If there must be trouble, let it be in my day, that my child may have peace." - Thomas Paine

"We have it in our power to begin the world over again." - Thomas Paine

"My country is the world, and my religion is to do good." - Thomas Paine

"A long habit of not thinking a thing wrong gives it a superficial appearance of being right." - Thomas Paine

"By failing to prepare, you are preparing to fail." - Benjamin Franklin

"Do you want to know who you are? Don't ask. Act! Action will delineate and define you." - Thomas Jefferson

​"In matters of style, swim with the current; in matters of principle, stand like a rock." - Thomas Jefferson

"I hold it, that a little rebellion, now and then, is a good thing, and as necessary in the political world as storms in the physical." - Thomas Jefferson

"Remember, democracy never lasts long. It soon wastes, exhausts, and murders itself. There never was a democracy yet that did not commit suicide." - John Adams

"I must study politics and war that my sons may have liberty to study mathematics and philosophy." - John Adams

"Let us tenderly and kindly cherish, therefore, the means of knowledge. Let us dare to read, think, speak, and write." - John Adams

"No idea is above scrutiny and no human being is beneath dignity." - Maajid Nawaz

"You have your way. I have my way. As for the right way, the correct way, and the only way, it does not exist." - Friedrich Nietzsche

"He who fights with monsters might take care lest he thereby become a monster. And if you gaze for long into an abyss, the abyss gazes also into you." - Friedrich Nietzsche

"There is always some madness in love. But there is also always some reason in madness." - Friedrich Nietzsche

"That which does not kill us makes us stronger." - Friedrich Nietzsche

"I cannot believe in a God who wants to be praised all the time." - Friedrich Nietzsche

"I’m not upset that you lied to me, I’m upset that from now on I can’t believe you." - Friedrich Nietzsche

"There are no facts, only interpretations." - Friedrich Nietzsche

"He who has a why to live can bear almost any how." - Friedrich Nietzsche

Here are all the administrators of Comic Crossroads:

Community content is available under CC-BY-SA unless otherwise noted.

Ranked #6
on this wiki